Filter Body and Soul by Type 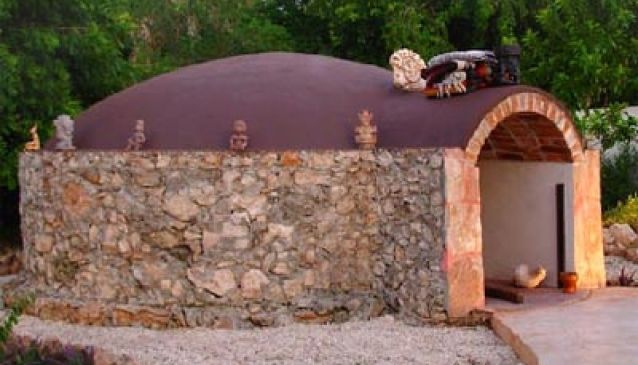 The meaning of Temazcal in Náhuatl is 'the house of steam', temez (steam) and calli house).

It is structure is of small size, in the center is a hole in which previously heated red hot porous stones are introduced, which are called 'grandmother stones', representing the memory of the earth.

Temazcal is a ceremony based on the purification of the human being utilized by the Aztecs and later by the Mayas, due to its therapeutic and spiritual power.

During the ceremony the body heats and sweats, the heart and respiratory rates increase, the aromatic essences are inhaled, and the body and mind relax.

This triggers certain benefits such as: elimination of toxins, prevention of illnesses, renewal of the skin, increase in blood flow, and improvement in intestinal and respiratory activity.

As well, it promotes introspection, reflection, full attention, and even an increased perception of the passing of time