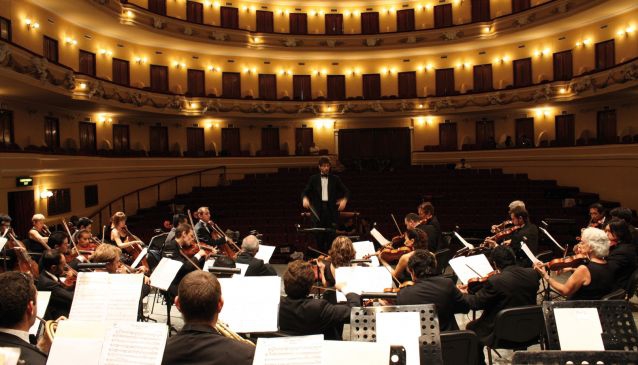 This theater is named after the poet, novelist, physician and Yucatecan politician Jose Peon Contreras (1843-1907). The building is of French Neoclassical style, inaugurated in 1908. It has a spacious lounge on the vestibular that highlights a monumental staircase of Carrara marble leading to the auditorium and the upper foyer.

After 1912 it was used as a movie theater in times of little activity and in 1940 it was named the 'Cinema Peon Contreras' and worked well over 30 years until it was closed down for impairment. In 1981 it was reopened as a theater.
Currently, it is the most important Cultural Center in downtown. It has 3 rooms for temporary exhibitions, Restaurant, library and tour stands.

The Peon Contreras Theather is located dowtown on the 60th street, in front of the University of Yucatan. This zone in particular is full of history and culture and it is one of the most representatives in Merida. Everything is within a walking distance, and it privides a great route for sight seeing.